This Week in Petroleum 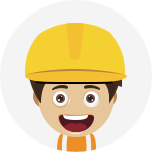 Despite crude oil price declines in the fourth quarter, 2018 was the most profitable year for U.S. oil producers since 2013

Net income for 43 U.S. oil producers reached a five-year high in 2018, totaling $28 billion. Based on this metric, 2018 was the most profitable year for these U.S. oil producers since 2013, despite average West Texas Intermediate (WTI) crude oil prices that were $33 dollars per barrel (b) lower in 2018 than in 2013, as well as an approximate 40% within-quarter decline in prices in the fourth quarter. Lower production costs per barrel of oil equivalent (BOE) and increased production levels contributed to the highest return on equity—defined as the $28 billion in net income generated as a share of average shareholder equity—for the fourth quarter of 2018 than any quarter in the 2013–18 period. As a result of higher net income, more companies have been funding investments through cash from operating activities, meaning that these producers are relying less on outside sources of capital for new exploration and development.

The 43 companies included in the analysis are listed on U.S. stock exchanges and, as public companies, must submit financial reports to the U.S. Securities and Exchange Commission. The U.S. Energy Information Administration (EIA) calculates that they accounted for about one-third of total U.S. crude oil and natural gas liquids production in the fourth quarter of 2018. Most of these companies’ operations are in U.S. onshore basins, with some in the Federal Offshore Gulf of Mexico and Alaska, and some in several other regions across the globe. Because of various corporate mergers and acquisitions in 2018, the number of U.S. producers that EIA analyzed has been reduced from 46 companies in 2017 to 43 companies in 2018.

The higher net income for the 43 producers was driven by higher production and revenue, which, along with relatively small increases in per-barrel production costs offset lower prices in 2018 compared with 2013. The 43 companies produced 6.2 million barrels per day (b/d) of liquids in the fourth quarter of 2018. On a BOE basis, they increased their total liquids and natural gas production by 9% from fourth-quarter 2017 levels to the fourth quarter of 2018, the second-largest year over year increase in the 2013–18 period that led to an all-time high in their combined production. The resulting higher revenue, with minimal increases in upstream costs, contributed to a return on equity of 13% in the fourth quarter of 2018, the highest quarterly return during the period from 2013 through 2018 (Figure 1).

Combining the upstream production expenses from the 43 companies’ income statements reveals the trends in cost containment. Although costs per barrel typically correlate with crude oil prices, the magnitude of cost increases in 2018 was small compared with the increase in prices. Annual average WTI prices increased 28% from 2017 to reach $65.06 in 2018, but expenses directly related to upstream production activities increased only 16% to $23.60/BOE (Figure 2). When including depreciation, impairments, and other costs not directly related to upstream production, expenses averaged $48.30/BOE in 2018, the lowest in the 2013–18 period.

In contrast to production expenses, between 2017 and 2018, upstream revenue for the 43 companies increased 31% to average $47.64/BOE in 2018, mainly because of the average increases in prices and production. Upstream revenue declined 11% between the third and fourth quarters of 2018 because of falling crude oil prices, down an average of 14% between quarters. However, this group of companies reported financially hedging nearly one-third of their fourth-quarter 2018 production at prices in the mid-$50/b range, offsetting revenue declines when WTI prices fell lower than $50/b by the end of the year. Consequently, even with the decline in upstream revenue in the last quarter of 2018, total revenue increased for these 43 companies because of the gains from financial derivatives. Contributions to revenue from derivative hedges—which increase in value when prices decline— for these 43 companies reached the largest total for any quarter since the fourth quarter of 2014 (Figure 3). During the entire 2013–18 period, financial hedging was a source of revenue less than half of the time, whereas in other quarters it is listed as a net loss from derivatives and appears in Figure 2 above.

From the fourth quarter of 2018 to the first quarter of 2019, WTI average spot prices decreased 8% but increased to $64.01/b as of April 16. EIA’s April 2019 Short-Term Energy Outlook forecasts that WTI spot prices in the second quarter of 2019 will exceed fourth-quarter 2018 levels, indicating the ratio of cash from operations to capital expenditures could increase if the recent trends in capital expenditure growth and cost containment persist. First-quarter 2019 results will be released by May 2019.